Reading in the Dark
Hannah, an English Literature and Psychology graduate living in Missouri with my husband, Tony, and my son, Gabe

I meant to mention this before so you could participate if you so desired (sorry!), but I am taking part in Hamlette's Piratical Blogathon for Talk Like a Pirate Day! I don't ever talk like a pirate...pretty sure none of my customers at the store would know what I was saying...but I enjoy a good literary celebration! My role in this party is to review Treasure Island by Robert Louis Stevenson, a classic of which I'm sure most of you have heard. Here's a button for the blogathon!:

Treasure Island by Robert Louis Stevenson is about Jim Hawkins, a boy whose family owns an inn on the coast. At the beginning of the book, a pirate captain on-the-run shows up at the inn flashing some gold, and they accept him as a boarder. The situation quickly becomes dangerous and unpredictable, and Jim finds himself with a treasure map, an adventure ahead, and some dangerous pirates at every turn!

First Impression: This isn't really what I expected. When the Captain showed up, I assumed he would lead Jim Hawkins on an adventure of some sort (maybe directly to Treasure Island), but the Captain is hardly part of the story at all now! Also, the rough treatment of Jim by the pirates (even the milder ones) is much more accurate than many books published today. It kind of scares me for him but excites me as a reader wanting a more legitimate experience. I'm curious to see if Jim's mother will last through this adventure or if he'll go it alone. I'm also interested in how much the current characters and plot points so far will come into play later in the story. It's tempting to guess that the whole story will lead to nothing as a bit of a joke, but since this is a traditional adventure story, I doubt it. 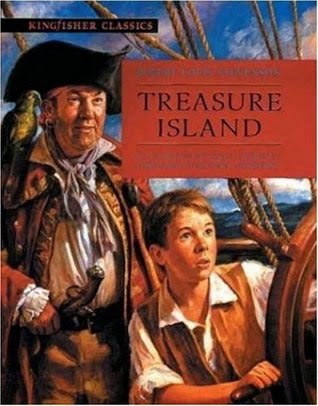 Conclusion: Even though I don't consider adventure fiction to be one of my genres, this one held my attention and was fun to read. The story is actually a series of small adventures that play into one big scenario. I'm a little surprised at Long John Silver's character. Rather than the violent, immediately terrifying creature I've heard described, Silver is a friendly smooth-talker. He may look a little sea-worn, but he puts up a good front and keeps everyone at ease. And his ability to wiggle through every situation amazes me! Jim Hawkins is a typical kid with a taste for adventure, although he seems to handle seeing dead bodies better than most kids. The squire is a bit foolish, but he and the doctor are the ones who keep the crew going until the end. My favorite character is probably Captain Smollett--a dependable, trustworthy sailor who warns the men at the beginning that their plan is crazy. I can't believe it took me so long to read this book! I tend to find a lot of adventurous stories to be over-the-top, but this one wasn't! It was fun and a little bit dangerous--a great read in this early fall weather I've been getting!

Recommendation: Anyone who likes a little excitement and adventure (19th-century style) will like this book! 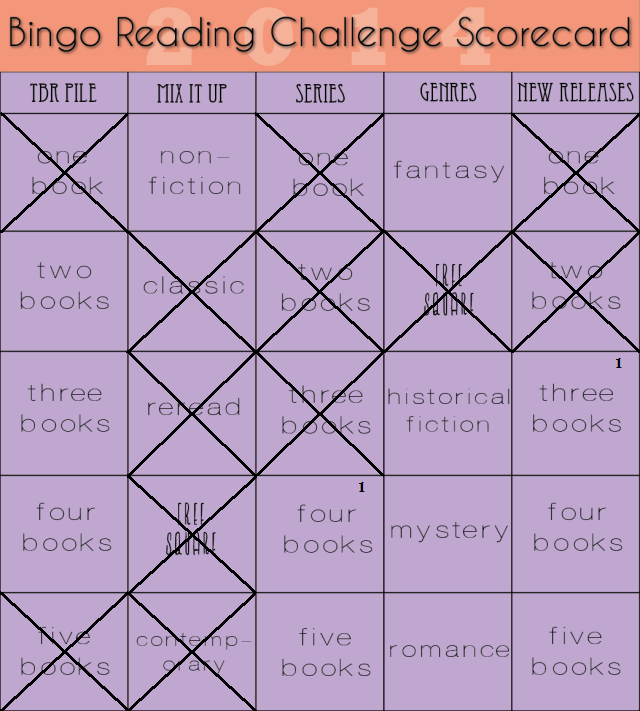 I got kind of lucky that this book fits so nicely on my Book Bingo board, so there's another box checked off! I'm using Treasure Island as my "Classic" choice for the 2014 Book Bingo Challenge. I'm making surprising progress, I think! Thirteen boxes to go! Don't forget to click through the Piratical Blogathon link for more adventure!

Posted by Reading in the Dark at 1:16 AM